Young Malibu resident teaches the art of talking to teenagers 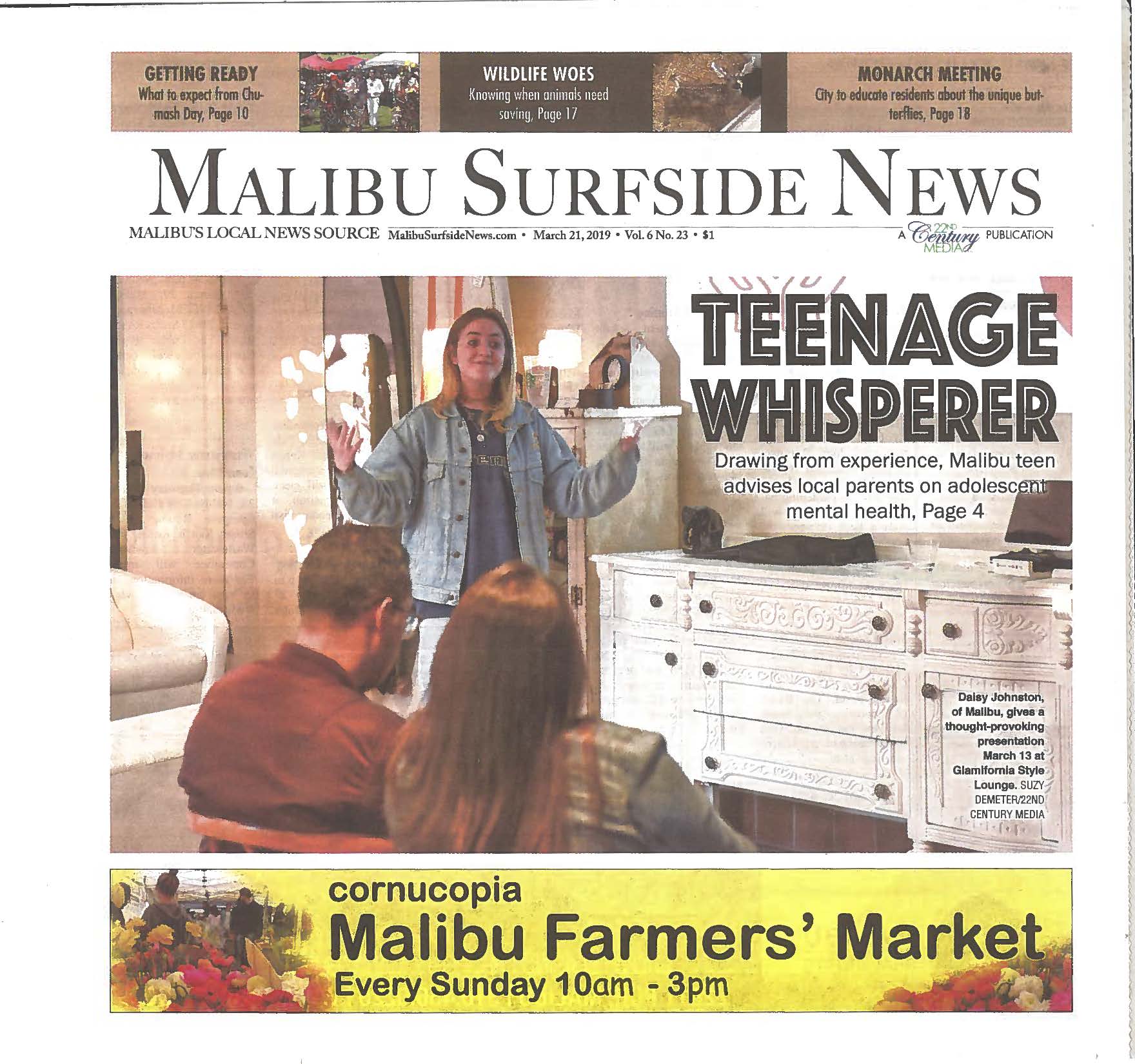 In an age of digital natives and incessant social media, wherein preteens and teens are bombarded with large quantities of information, some of it unhealthy, there are increasing challenges regarding how youth and their parents communicate during the formative years.

The perennial “generation gap” is not merely the phenomenon that was sometimes humorously dealt with.

The stakes are high, with pervasive cyber bullying affecting adolescent suicide rate. According to the Centers for Disease Control and Prevention, more than a third of high school students at least considered suicide. Each year, approximately 157,000 youth between the ages of 10 and 24 are treated at emergency departments across the country for self-inflicted injuries.

And there are more common issues, like youth who feel their parents can’t and don’t understand them and parents who feel frustrated as they try to do so.

Those realities led a group of local parents to gather round 17-year-old Daisy Johnston March 13 at Glamifornia Style Lounge as she shared insights regarding how parents can engage in “active listening,” how they can show their children how deeply they care, and how they can do so in a manner allowing their children to feel in control of their emotions.

At Johnston’s presentation, there were only adults in the room because Johnston focused on how parents can communicate with their children.

“The inspiration for my class was my passion for the mental illness community,” Johnston said. “Studies from 2018 show that suicide is the second leading cause of death for people ages 15 to 24 and it is underway to become the number one cause.”

One mother shared that her 10-year-old daughter had threatened to commit suicide.

“When my generation got really frustrated, we used to threaten to run away,” said the mother, who wished to remain anonymous. “I get that it is their form of running away, but I also know that it is a serious cry for help.”

She and all attendees leaning in rapt with attention, asked Johnston, “What can we do? ”

Johnston paused, reflecting, modeling the active listening that she advocates.

“First, you have to assess for safety and ensure that a youth doesn’t have the means to harm herself,” she said. “Obviously, it’s a delicate situation; it’s tender. It essentially comes down to a young person asking, “Have I been listened to?”

There are critical steps to successfully communicating with a young person, Johnston said.

“First, your child needs to feel safe opening up to you,” she said. “Believe it or not, your child wants to be listened to. So, why are you often telling him what to do – you have to listen.”

The listening part takes practice, she added, “but it does make for progress.” 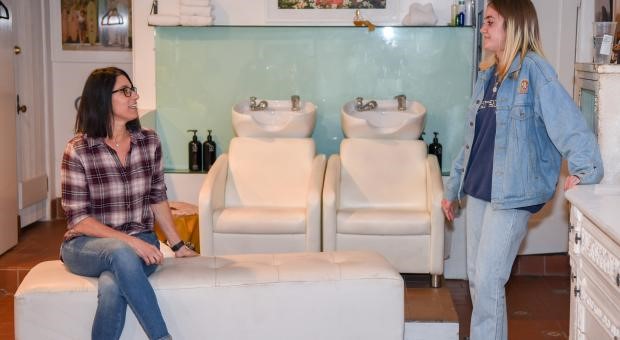 The message is clear – to communicate, an adult should listen attentively and ensure that a young person understands that the adult is really hearing what the youth is saying.

The parent should do so, Johnston said, while ensuring she doesn’t preach to the child.

An occasional empathetic observation, Johnston said, such as “Wow, that must really suck,” also is warranted when a young person is overwhelmed by enormous loads of homework, challenges with friendship circles, or, as is often the case, by both.

“Make sure to get a challenged child to a therapist,” Johnston said. “I personally think that most everyone should have a therapist.”

If we want to work to cure mental illness, society needs to prioritize mental issues like it would a physical illness,” Johnston told Malibu Surfside News. “I work at a suicide hotline specifically for teens in crisis called TeenLine, and my work at TeenLine influenced me to try and teach parents what I know about reaching out to teens, so more teens can feel safe opening up to their parents.”

Johnston has trained more than 100 hours in active listening techniques and she plans to provide more interactive seminars for adults. She works at Malibu Yogurt on the weekends.

She has big plans; so, what is next for this remarkable young woman?  Perhaps, she told Malibu Surfside News, she will become a politician.

“Daisy Johnston’s mother approached me when Daisy was just a freshman at Malibu High,” said Jane Albrecht, president of the Malibu Democratic Club. “She said that Daisy had an interest in politics and current affairs, and she asked if there was a way Daisy could get involved.”

Albrecht gave that some thought.

She talked to the Board of the Malibu Democratic Club, which had decided to have a high schooler have a presence on its board.

“I asked Daisy if she would be willing to be the high school member of our Board, and she accepted,” Albrecht said. “Daisy has now been a valuable, patient and pleasant member of our Board for over a year now, bringing good ideas and the perspective of her generation to the table - she has shown poise and judgment far beyond her years.”

Daisy, Albrecht noted, “listens more than she talks (something most of us adults could learn from her), and when she speaks, it’s always useful information or a valuable suggestion.”

“I think that the venue this evening lent itself to an intimate setting where a lot of people really felt comfortable to bare their souls and to personally share things that are hard to share,” he said. “A discussion about these topics can only be as great as the people who share thoughts about them.”